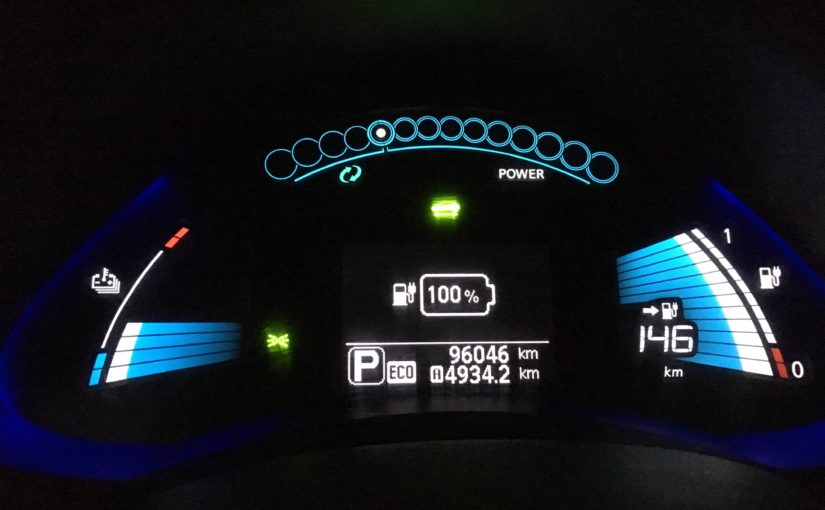 Another ~20,000 km have flown by in the last 6 months and time for another cost update.  If you would like to see where we started in this series of posts, they are linked below:

Phew!  I’m going to have to stop listing all of them in each blog post.  Moving on…

Happily I didn’t have to drive to work as much in July and August, since I took 3 of my weeks of vacation during that period this year.  We also stayed close to home for 2 out of those 3 weeks, and the 3rd week was spent in the nearby East Kootenays.  I did spend quite a bit of time thinking about how we could manage that trip in the Leaf, and in the end reluctantly decided against taking it. (Main reason was the luggage room in the Leaf is just a bit too small for a family biking vacation as compared to our Forester with a roof rack + box, and it was fully loaded!  The second reason is that the infrastructure is spaced out just a bit too far for our Leaf considering the mountain passes.  A 30 kWh Leaf, or the upcoming 60 kWh Bolt would be much better suited.)

The doozy of a 96,000 km service would have come up for the gas cars during this period.  The maintenance totals for the gassers now stands at $3,000, and that is only for regularly scheduled maintenance!!  The Leaf has now cost me $120 in scheduled maintenance.  Zero unscheduled maintenance so far.  The car has been very reliable for me, and this is born out in the experiences of many others over the 5 year life of this vehicle (see http://www.energytrendsinsider.com/2015/04/13/nissan-leaf-drive-train-is-25-times-more-reliable-than-conventional-cars/ and http://www.truedelta.com/Nissan-LEAF/reliability-968).

If you are still on the fence about whether to own a used Leaf as your second vehicle send me a note.

Now on to the forecast:

In my last cost update, I relayed how I had started checking my battery capacity with a phone app and an OBDII interface.  I’ve continued to collect data over the intervening year, and I’ve since moved my expected battery refit back a year.  Really though, that would likely be based out of ease of convenience, I’ll still be able to get to work with a battery at 75% capacity, which I likely won’t see until after owning the car for several years.  By that time we’ll have replaced the Forester with a long-range EV (like a Tesla Model Y), and the Leaf will only have town duty.  I doubt we’ll ever replace the battery on it.

So despite the high upfront cost and the total lack of incentives when I purchased the vehicle, I still expect it to save a significant amount of money over the life of the vehicle.

If the cost part is what you came to read, you can skip the rest of this post. 🙂

A bit more on LeafSpy…

After first using LeafSpy in November 2015, it looked like my battery was still brand-new according to the car.  That didn’t seem right to me, since I had noticed that I had lost several km’s of available range.  By the spring, the readings seemed to catch up to what I inferred.  From there, they continued to drift down in the heat of the summer, to the point that I thought I might even lose my first bar in August (this occurs just below 85% capacity).  However a slightly odd thing happened once it cooled down in September – my capacity rating started to come back up!  Have a look at the table below:

I asked on the MyNissanLeaf forum, and a few responses indicated they had seen similar behaviour.  LeafSpy isn’t reading the actual capacity value directly, it is merely reading some values in the car’s computer.  Somehow the car has an algorithm for figuring out what it thinks is the capacity, but there are a number of factors involved; the electrochemistry of battery cells is far more detailed and nuanced then I had ever imagined!  You can dig into the details further if you want, but I won’t attempt to here.  Suffice it to say that I expect to see a decaying ‘sinusoidal’ pattern moving through the seasons going forward:

Sometime in late spring 2017 I’ll probably say goodbye to my first battery capacity bar (once I drop below 85% permanently).  The next one disappears at 78.75% capacity, and every 6.25% after that (for reasons unknown, Nissan chose a wonky capacity scale… actually marketing probably had something to do with that!)  My recollection of the owner’s manual was to expect the average car to have 80% capacity after 5 years and about 70% after 10 years.

Finally, if you are interested in what the info from LeafSpy looks like, I’ve included my most recent stats screen: